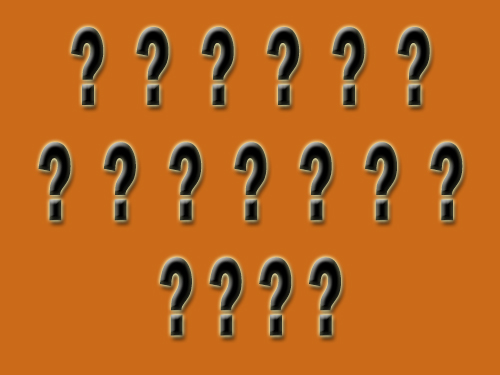 This particular general knowledge trivia questions and answers game is highly addictive! I’ve played roughly 3 free games roughly every single day for the past 21 months now! (as at February 2017). My trivia general knowledge has greatly improved!

This particular general knowledge trivia questions and answers game is called KNOCKOUT TRIVIA Check it out!

Why is this general knowledge trivia questions and answers game called Knockout Trivia?

You’ll see a question and four answers. You have just a few seconds to select an answer. Click to select the answer you think is correct, and if you answered correctly you advance to the next round along with everyone else who got the trivia question correct. If you don’t get the answer right, you are “knocked” out! – hence the name of this general knowledge trivia questions and answers game, Knockout Trivia.

If you are the last one standing, you win that Knockout Trivia game!

There are usually roughly 20 to 60 live real online players from all over the world per Knockout Trivia game, and each game could last anything from just 4 or 5 minutes to maybe slightly longer than 12 minutes – depending on how many people keep selecting the correct trivia question answer in each round and advance to the next round.

If you get beyond the 7th Knockout Trivia game round, and are knocked out but the game is still continuing for the other trivia players not yet knocked out, you get to watch, and can still improve your general knowledge from the trivia questions and answers you see. Try and remember them! They may come up again in a later game!

This trivia game is exciting because it’s live; you’re playing live against other players from all over the world. Besides learning general knowledge trivia questions and answers, and standing the chance to win prizes, you get tense, you get nervous, you get excited, you have fun!

It does help to have a fairly decent Internet connection. You don’t want to get knocked out (or stop learning general knowledge trivia questions and answers) because your screen temporarily froze! This actually happened to me earlier today and I was so disappointed! There were just two of us left in the trivia game, me and somebody from Singapore (you can see the country flags of the most players still left in the game). 40 something players had started the game and I was proud to be one of the last 4, then one of the last 3, then one of the last 2! I selected an answer in round 9 and really wasn’t sure it was correct, but hoped I’d guessed correctly or that at least both of us got it wrong (because if all players still in the trivia game get it wrong, they all advance to the next round). Then my screen froze! And didn’t unfreeze until the game was over. It was obvious after my screen unfroze and the game page refreshed to reveal the winner and the correct answer that I’d gotten my guess in round 9 correct, because the winner had won in round 10 (we’d both gone through, except I didn’t get a chance to see that 10th question or the 4 answers to choose from because my screen was frozen due to a bad Internet connection at the time! Oh woe is me – so close! (If I’d known the answer to that next question of course – so did the remaining player of course, but at least we would have both advanced to the next round giving me yet another chance to try be the winner – to try be the last one standing!).

What would I have won if I’d won that trivia game? What are the prizes?

Well, if I’d won I would have gotten an entry into a daily drawing. A 2nd entry actually, because just for playing a free game (yes, there are other games to play too!) one gets an entry into the daily drawing. The daily prizes up for grabs include 2 will win a $20 gift certificate each (if you won one of these $20 gift certificates you could spend it on the online shopping site that this Knockout Trivia game is on), 25 will win 5 TCredits each, and 100 will win 50 MRP each.

What are TCredits and MRP that I mention you could try win in the previous line?
TCredits
You can buy or try win TCredits.
TCredits can be used on games or auctions.
Every TCredit spent earns you 5 MRP.
MRP
Member Rewards Points. Save them up and use them to buy something at the online shopping site (which has over 80 000 products to choose from) – you can even use MRP to buy TCredits.