WELCOME TO OUR SITE, TanT - That's us - Terry and Tony! See our EXTRA INCOME IDEAS LIST and our SERVICES AND PRODUCTS
If you live in South Africa and need SMALL DRIFTWOOD PIECES for your driftwood decor projects or craft projects, then visit our driftwoodforsale.co.za site.
For BEACH HOUSE WALL DECOR in South Africa, see our beachy.co.za site.
TANT
Blog, Life 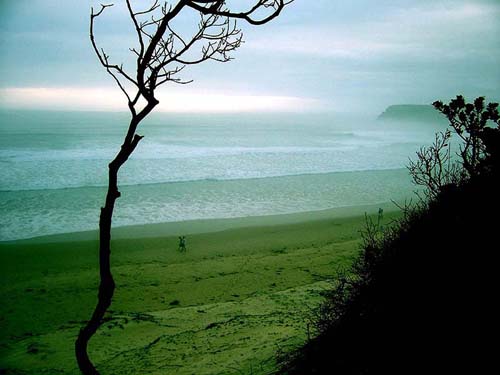 One evening in Morgan Bay

Please note that the contest is now over. All winners have been chosen. All 10 prizes have already been allocated.

The contest ran for several weeks. I entered late, with only one of ten Morgan Bay Hotel prizes still left to win, and I didn’t win. Nevertheless, here’s my Fondest Morgan Bay Memories story and the photos (well, 16 of the 32 photos) that I submitted to the Morgan Bay Hotel contest, here for our tant.co.za site’s readers (and for anyone who loves Morgan Bay – or who most likely would if they visited Morgan Bay) to (hopefully!) enjoy!

“There’s the aeroplane! We’re almost there!”

I was driving. Tony just stared at the big aeroplane on the side of the road in amazement. 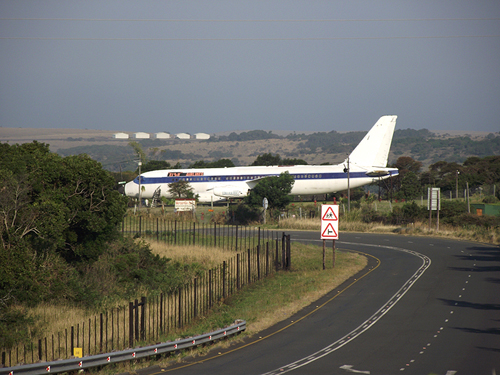 Plane on the way to Morgan Bay

I smiled and uttered just one word – the Afrikaans word for yes: “Ja.”

“Isn’t it cool?” I said. “Fancy that: a big aeroplane on the side of a countryside road. It doesn’t fit in with the surroundings. It’s different. It’s special – and this is the type of place we’re going to now, to a “different” kind of place; a very special and magical place … we’re going to Morgan Bay!”

“You sound so excited!” Tony exclaimed.

Tony looked like he was starting to get excited too. I was happy. It was Tony’s first visit to Morgan Bay. I wanted him to love the place. 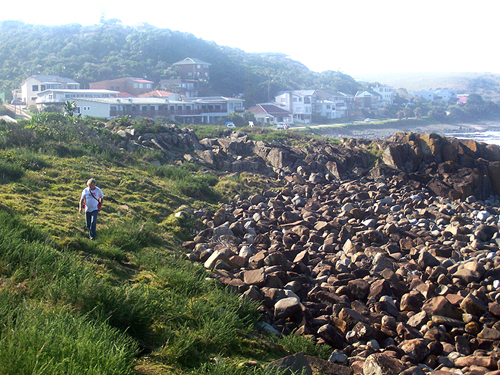 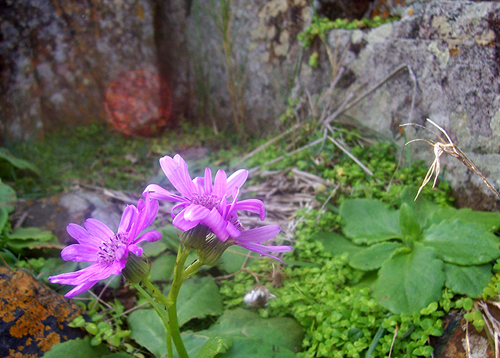 And as we got closer, I had to be careful to concentrate nicely on my driving, because I wasn’t seeing the road. I was seeing memories. 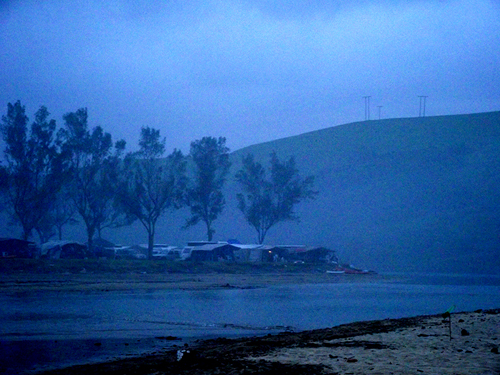 I remember feeling a little surprised as Tony and I got closer to Morgan Bay on that day in 2013. I realized that it had been more than 13 years since I’d last been to Morgan Bay. It seemed so silly that I’d let so much time go by before visiting again – when Morgan Bay is only about an hour’s drive from East London, and especially because of the way Morgan Bay makes people feel.

As we drove down into the little village of Morgan Bay, my memories came flooding back. 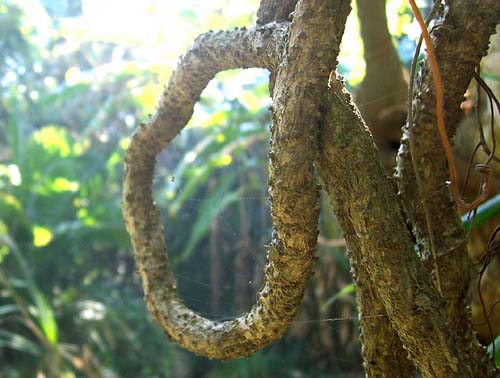 Yes, there were the good memories of my youngest of two sons (now 17) taking his first ever steps in Morgan Bay at the end of 1999. He toddled, slowly and carefully, from me to his gran and to his aunt sitting just across from me in front of my brother’s caravan and tent in the caravan park at the lagoon. There were also memories of playing with my toddler sons at the ocean edge on that glorious very hot day, with blue blue skies above.

But that was just a day visit.

The most memories that came flooding back as Tony and I drove into the little village (ahead of going to Yellowwood Forest for the first time to sell our crafts at the craft market there) were entirely different:

My extra special memories were of an earlier time – and of the way I’d felt during my childhood stays at the Morgan Bay caravan park with my parents and older brother. 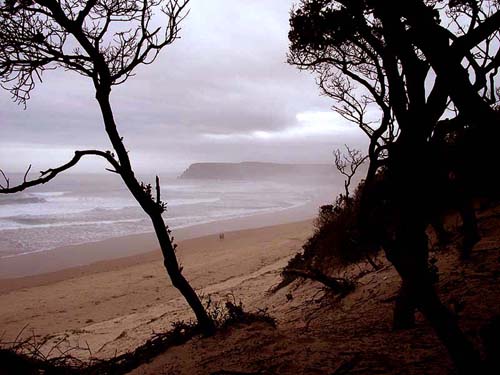 I urge anyone who visited Morgan Bay as a child to return again, and to those who have never been, I urge you to take your kids. Let your kids experience the wonder of Morgan Bay.

Running from tent to tent (or caravan), making new friends so easily, like we’d known each other forever, visiting new friends, collecting more new friends, often after dark, barefoot, carefree, the light of braai fires guiding us as we flitted about like little moths drawn to a flame.

Stepping away from the caravan park towards the beach, carefully testing with the toes of our bare feet if what we saw before us on nights the moon was not too full, was water or sand.

Racing like crazy on the sand next to the lagoon, hearing our hearts pound in our ears, thrilled to be running around safe in the dark, tasting the salty air on our lips, listening to the ocean sounding as if it wanted to come and run with us too, and enjoying the moonlight guiding us. 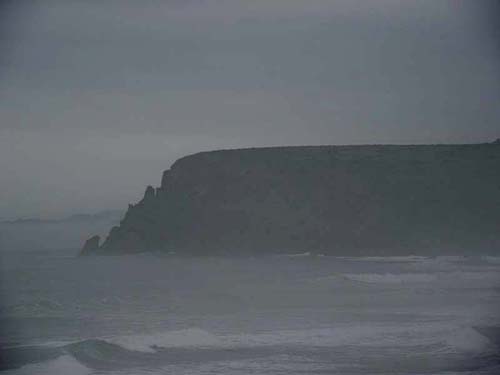 Being with my brother or parents on the rocks, helping them look for cockles – with a torch, at night, with salt in my nostrils and adventure in my soul.

One slightly frightening childhood memory, during a stay at Morgan Bay caravan park, was when I was running and skipping down a little path from the parking area to where my dad was fishing on the rocks at nearby Double Mouth for the morning. A snake slithered across the path directly in front of me. I was running and skipping too quickly to stop, and just jumped over the snake. I looked back and it was gone. For a day or two after that I was a little nervous, watching where I put my feet.

One of my best Morgan Bay childhood memories was of visits to the top of the Morgan Bay cliffs. I’d feel the wind in my hair and on my skin, and wander a little too close to the edge of the cliff. I’d stand there and enjoy the view of the ocean, wishing and imagining I was flying, like Peter Pan. 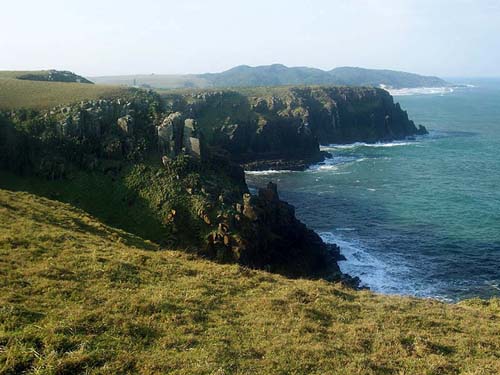 It was these memories and more that came back to me so vividly when Tony and I drove into Morgan Bay in the winter of 2013.

After our morning at Yellowwood Forest, before returning home to East London, we took a drive up to the Morgan Bay cliffs. I was eager to be up there again. Excited like a little kid on Christmas morning. But it wasn’t gifts I was going to open. It was my wings I was going to open up. So I could fly again. I again stood up there, gazing out at the ocean, feeling the familiar breeze on my face and in my hair, and again wished and imagined I was flying, like Peter Pan, over the ocean. Maybe I’d spot a pirate ship, or Tinkerbell.

We have returned to Morgan Bay several times since that first time as a couple in 2013, to go sell at the Yellowwood Forest craft market, and on two occasions slept there for the night. 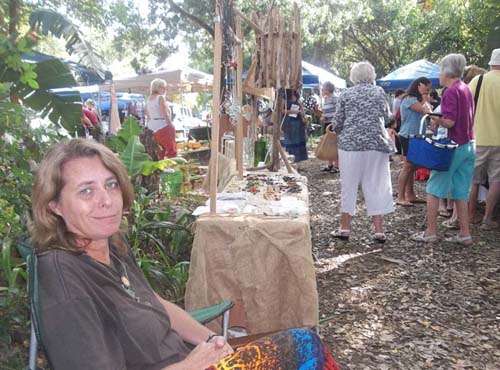 Me at Yellowwood Forest 2014 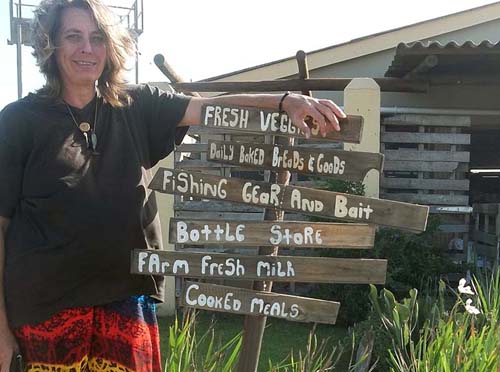 Me at the Top Shop

On the one occasion that we slept over in Morgan Bay, in December 2013, we went for a lovely afternoon walk along the beach and climbed a sand dune. We stayed up there for about two hours just chatting, sipping champagne, snacking on chocolate, enjoying the view, taking photographs, and reveling in the feeling of being so incredibly relaxed in Morgan Bay. 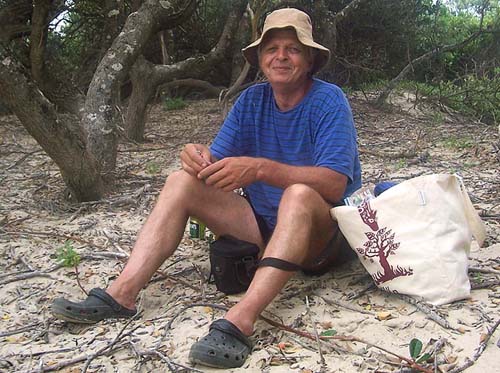 My Tony on top of sand dune Morgan Bay 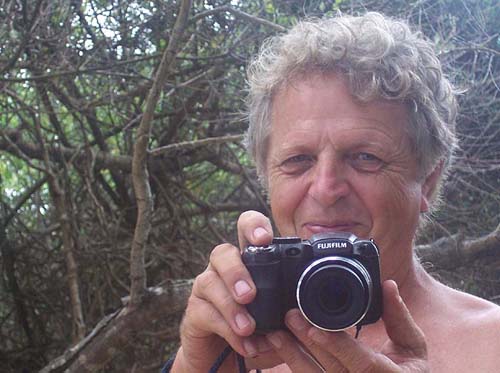 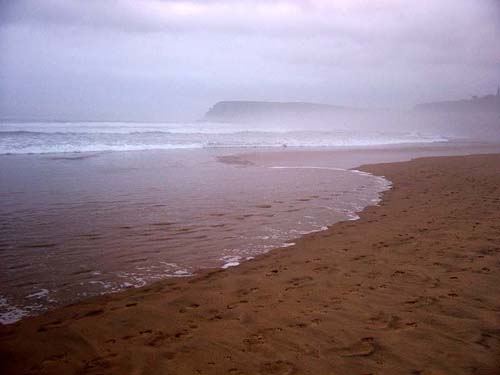 Morgan Bay is a really special place to Tony and I. We carry a part of Morgan Bay in our hearts, always. We also have a constant reminder of our time in Morgan Bay, in the form of our dog Lizzy. She was at the Yellowwood Forest market during the 2014 Footprints Festival, just a little puppy, needing a new home. We came home from our weekend of trading with about only R100 profit, but with a special little soul who made it all worthwhile, our Morgan Bay Lizzy. 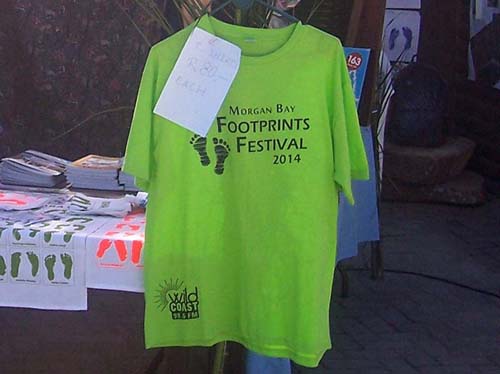 Morgan Bay is a place where everything comes together, where things and life and love make perfect sense, in a special way. Tony and I have been together for nearly 9 years, but circumstances have us living in separate towns right now, for over a year now. We communicate several times a day, and are both working hard at making it possible for us to be properly together again. That time will come, and when it does, without a doubt we’ll be visiting Morgan Bay several times again. We have to. It’s our special place.