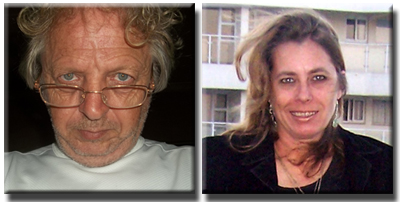 Taking a break from Bubblews, for me, doesn’t mean I’m not visiting the site at all during my break. I am still visiting the site to read, like and comment. The only thing I’m doing different while “taking a break” is not writing and submitting new posts. I started taking a break when I found out that people in some countries (including South Africa) had to now wait 60 to 90 days after redeeming, for their payment to arrive, while a few select countries have to wait only 30 to 35 days. Apparently this is due to spammers, cheaters and plagiarists being more common in some countries, and to allow Bubblews to spend more time checking the Bubblews accounts of people in those countries, before paying the people in those countries.

Apparently, too, if one is from one of those countries that has to wait 60 to 90 days for their payments, one may not have to wait that long, if one’s account checks out okay – no spamming, cheating or plagiarizing etc.

So neither of us are obviously yet on the trusted list of bubblers who, even though they’re in the 60 to 90 days countries, may get their redemption payments 30 to 35 days later – however, once our accounts have been checked, maybe our other payments will come more quickly.

We actually feel it’s a bit of a kick in the teeth, having to wait so long when we’ve both been trusted members of Bubblews for a while now – Tony for 12 months, and me for 14 months. In addition to having been members for a while, we’ve not broken rules, we’ve helped others who don’t know rules or what to do on Bubblews, have written positive things about Bubblews on this site tant.co.za, have sent traffic to Bubblews from this site, have flagged and reported cheaters, spammers and plagiarists, and both of us have a prior 100% redemption payment record. That said, however, perhaps once our accounts have been reviewed, we may start receiving redemption payments in 30 to 35 days again. We don’t even actually mind waiting for redemption payments – what we don’t like is being lumped with possible spammers, cheaters and plagiarists just because we don’t live in the U.S., U.K., Canada, Ireland, Australia, or New Zealand. We know there are many bubblers that feel this way – good honest bubblers, who write well.

I decided that taking a break from Bubblews would be best for me, while I wait for four redemptions from Bubblews to be paid to me (totaling about $265), and Tony is doing the same, while waiting for about $210, and while I get on with some other things that I’ve been neglecting – one example of something I’ve been neglecting is to write and add new posts to this site, tant.co.za. – traffic to it was starting to pick up nicely when I discovered Bubblews over 14 months ago – but with Bubblews being so addictive, I somewhat neglected this site, and various other projects Tony and I have started too, or have since started.

However, even taking a break from Bubblews is not working out so well for me. When I visit the site I get “stuck” there, since it’s so addictive. Tony and I have made new friends on the site, so it’s difficult to stay away from reading their posts, and commenting on their posts.

For any bubblers reading this, my taking a break from Bubblews started a few days before even more changes on the site – the changes that began just a few days ago, this month of October 2014.

Bubblers can no longer see the amount of views their posts are getting.

Bubblers can now redeem only once every 30 days, as long as one has reached the minimum payment threshold of $50 – some bubblers used to redeem several times a month.

Payment rates have changed depending on which country a person visiting a post lives in – according to how much advertisers on that page are paying when people from certain countries view pages that their ads are on – many bubblers are earning less than they did before.

The bank page has changed.

One can now use a redemption claim form on the bank page to ask about and give details of missing or late redemption payments – but one has to wait 35 days after redeeming to do so if one is in the U.S., Canada, U.K., Ireland, Australia, or New Zealand – and one has to wait 60 days if one is in any other country, including the country Tony and I are in, South Africa. We did both send in a redemption claim status request via email prior to these new changes, Tony for his 23rd of August redemption (he’s also redeemed another twice since then) and me for my 31st of August redemption (I’ve also redeemed another three times since then), but now it will not be considered okay to do that or to use the new claim form on the bank page until a total of at least 60 days have passed since we redeemed.

Tony and I are proudly South African and are also proud that we’ve been good bubblers on Bubblews, so I do hope that Bubblews gets us onto the “good bubblers” list soon.

Anyway, taking a break from Bubblews until our payments come through, or until we see what’s what.

It can’t be easy for the Bubblews owners and staff to handle all the ins and outs of such a popular site. Too many people have viewed the site as a money-maker instead of what Bubblews wanted it to be – a social site where people can be themselves and write short posts and interact with each other, and get a bit of money at the same time. What is truly addictive and magical about the site is the great people on it, from all over the world, and interacting with them. It’s a pity that spammers, cheaters and plagiarists mess it up for others. It’s also a pity, for me, that it’s so addictive – I really need to spend less time on Bubblews and get on with other things. Oh well, at least I wrote this new post for our tant.co.za site 🙂