WELCOME TO OUR SITE, TanT - That's us - Terry and Tony! See our EXTRA INCOME IDEAS LIST and our SERVICES AND PRODUCTS
If you live in South Africa and need SMALL DRIFTWOOD PIECES for your driftwood decor projects or craft projects, then visit our driftwoodforsale.co.za site.
For BEACH HOUSE WALL DECOR in South Africa, see our beachy.co.za site.
TANT
Blog, Writing

When coming up with ideas for titles for scary short stories, use your imagination.

Look at each of the suggested ideas for scary short story titles in the list below. They don’t all sound scary, do they? But they could be …

Imagination is a wonderful thing – even a scary thing. 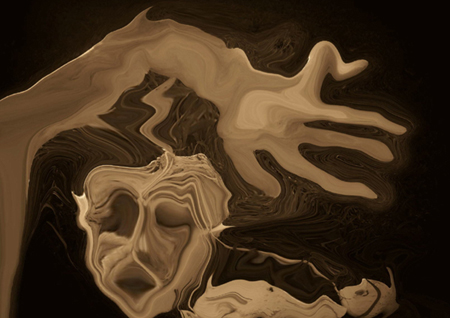 Use your imagination to take any few words and make a scary short story title out of it.

Disclaimer: I used nothing but my imagination to come up with each of the scary short story titles below. Apologies to the original authors if any of these titles are already in use.

The Old Calendar
Beneath Her Shoes
Underneath the Bush
Don’t Leave the Window Open
Have You Locked the Door?
The Ball of String
The Rope That Was Too Short
The Movie Theatre
Back to Square One
Rapid Knocks

Writer’s Simple Tip: If you need to improve your writing skills, or need to learn how to market your writing so you can make money, or just need to learn anything more about writing, don’t overlook getting that help from reading some helpful books! After all, books were written by writers who are or used to be just like you!

Pieces on the Beach
Never Turn Your Back
It Approaches Slowly
Gory Games
Creaking Cracks
Pile of Pebbles
Over and Over Again
The Sour Breeze
Who Gets the Second Chance?
Nowhere To Go But Inside

More Scary Short Story Titles!
This list of fifty scary short story titles should give you at least another
40 ideas for titles for scary short stories.
Simply change a word or two in the titles, or jot down everything each title makes you think of.
Also see our list of 100 story title ideas

For the titles that don’t seem scary at first glance, consider also using them for short stories that weren’t meant to be scary. This list of scary short story titles should give you ideas for not only more titles for scary short stories but also for other stories, even for non-fiction articles. Using one’s imagination one can look at a suggested title, and think of many topics to write about that might suit that title.

Let’s look at three of the titles:

The Ball of String
A cute or sad story about a kitten; an article about how to crochet something using string; an article about home decor using string; a funny story about Christmas tree decorations. Scary story ideas: A ball of string that wraps up and smothers people all on its own; what somebody finds hidden in a ball of string; how adding a tin can “pretend telephone or two way radio” onto one side of the string allows somebody to communicate with somebody (somebody odd or scary) they can’t see on the other side of the string.

Angry Forest
This title does already sound a little scary, but not that much so. An article about deforestation; a children’s story about angry but sad trees in the forest that talk to a little boy about their concerns and then what the little boy does to save them; Scary story ideas: How the trees in a forest “come alive” and seek revenge on the townsfolk of a little village who have started to destroy the forest; a story about how the forest animals attack people who explore it due to the animals having witnessed something really bad happening in the forest years before.

The Sour Breeze
A funny story about trying to get rid of a sour milk smell in the house; A funny children’s story about how a little boy or little girl (or even a group of children) come to decide that they no longer like sweets; a dramatic, romantic, and ultimately happy-ending story about a married couple who seem to be heading for a divorce but then something happens to make them realise they still love each other, a recipe article about how to make a really easy but yummy lemon fridge tart. Scary story ideas: a story about discovering the source of a sour breeze that wafts through a town at a certain time every night; a story about sour thoughts and what horrible things these thoughts make people do.

Conclusion
Whether scary stories bore you or keep you up at night, use your imagination when it comes to writing scary stories or any other type of stories, and always have fun. The more you enjoy what you are writing about, the better the end result.