WELCOME TO OUR SITE, TanT - That's us - Terry and Tony! See our EXTRA INCOME IDEAS LIST and our SERVICES AND PRODUCTS
If you live in South Africa and need SMALL DRIFTWOOD PIECES for your driftwood decor projects or craft projects, then visit our driftwoodforsale.co.za site.
For BEACH HOUSE WALL DECOR in South Africa, see our beachy.co.za site.
TANT
Beachy, Blog, Journal

When Morgan Bay is only about an hour’s drive from East London, I was somewhat surprised yesterday when I realized it had been over 13 years since last I visited it. 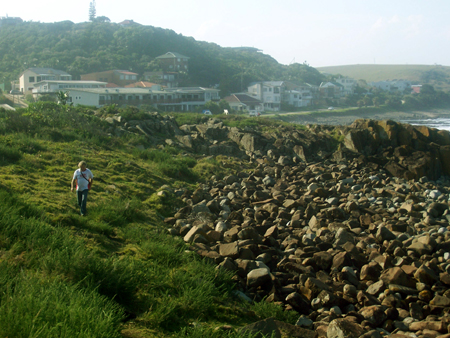 The last time I was in Morgan Bay was in December 1999 or January 2000 – I can’t remember which day exactly, but I think it was the day after Christmas or the day after New Year – I remember the year because the youngest of my two sons had just started taking his first few steps.

Prior to that last visit – which was just a day visit on a very hot day – I’d holidayed in Morgan bay, with my parents and brother, at the Morgan Bay campsite. 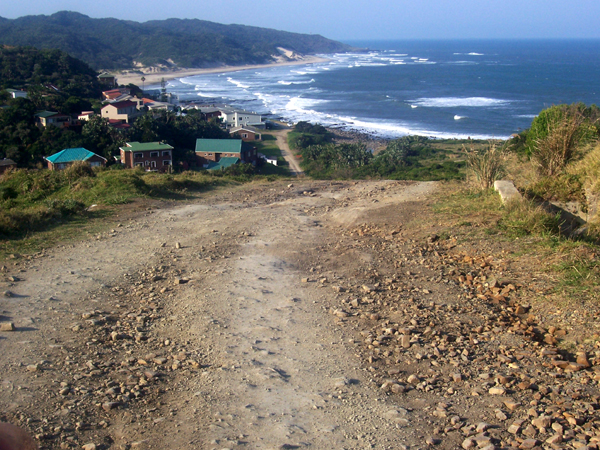 ocean and village at Morgan Bay 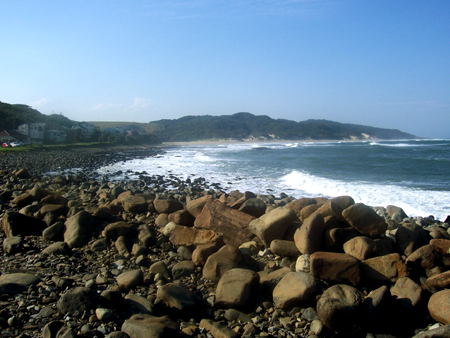 One fairly memorable visit was when I was about 12 years old: on the one day we’d taken a walk along the coastline to Kei Mouth, and then walked back to Morgan Bay along a dirt road, coming out at the lagoon in front of the campsite, at the beach. Another day we took a short drive up over the Morgan Bay cliffs to the Double Mouth campsite and my dad had done some fishing. While skipping down a little path on my way back down to the rocks after going to the car to fetch something, a medium-sized snake slithered across the path right in front of me – I was skipping downhill too quickly to stop, and just jumped over it. The snake was gone as quickly as it had appeared, but I still watched where I put my feet after that – but probably not for more than a day. 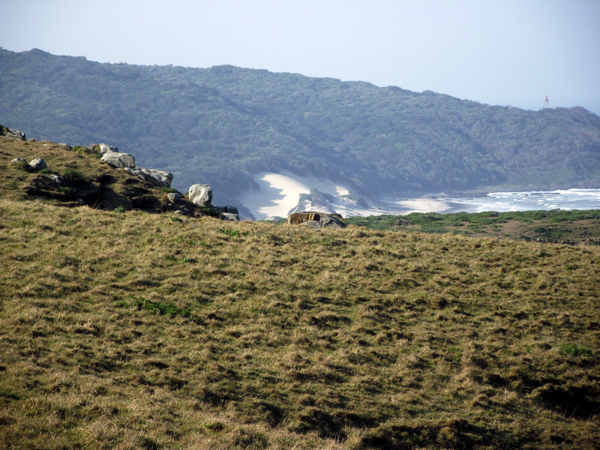 Without a care in the world, I’d scamper from tent to tent in the Morgan Bay campsite, with newfound friends, after dark, the smell of fires and the sound of the ocean adding to the thrill. Or, barefoot, we’d run like crazy on the sand along the edge of the lagoon, with only the moonlight to guide us. 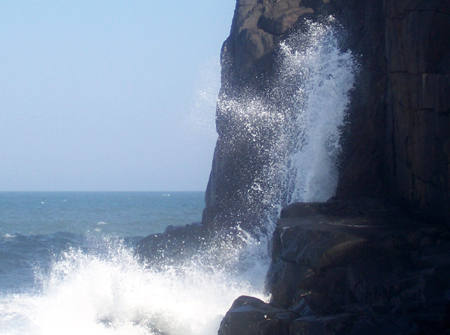 I would accompany my brother or parents onto the rocks at the beach, and help them look for cockles – with a torch, at night, with salt in my nostrils and adventure in my soul.

I’d feel the wind in my hair and on my skin, and wander a little too close to the edge of the cliff, up on the hills between Morgan Bay and Double Mouth, and I’d stand there and enjoy the view, wishing I could fly.

It was all these memories that came back to me so vividly when Tony and I visited the little coastal village yesterday. After our morning selling our products at the Yellowwood Forest craft market and farmers market day, we took a drive into the little village, past the hotel and along the coast past the Mitford Hotel, after which we noticed waves crashing up against the Morgan Bay cliffs. We stopped at a small grassy parking area and got out the car.

Wild flowers on a coastal path at Morgan Bay

A short stroll across a rocky beach and along a grassy path took us closer to the cliffs and we stayed awhile to take photos of the waves crashing up against the cliffs. 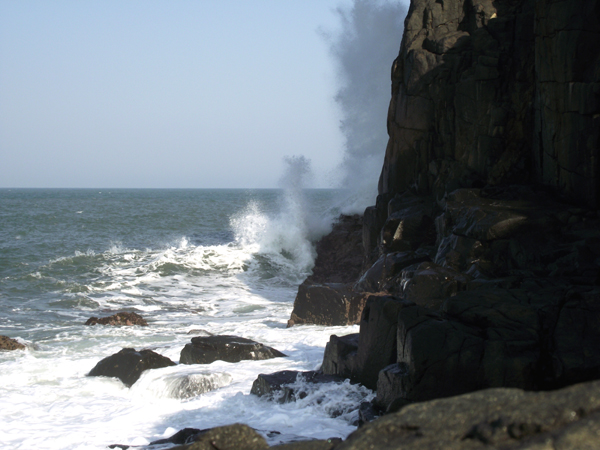 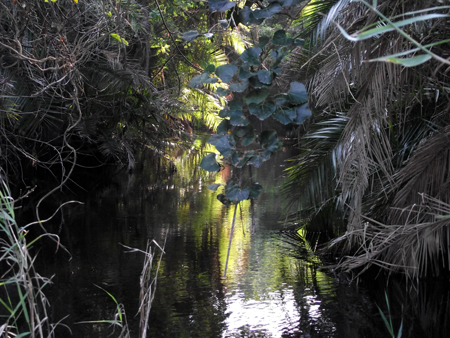 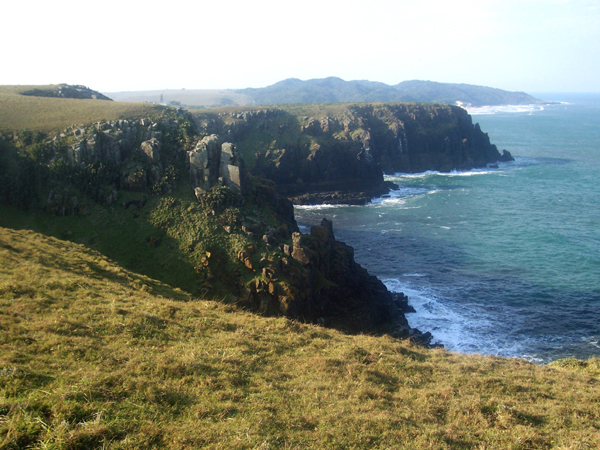 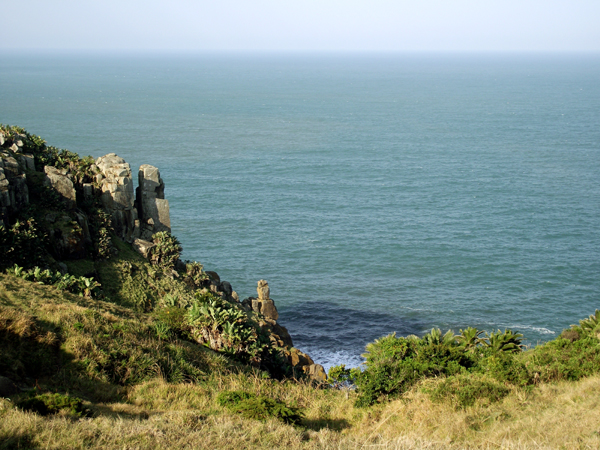 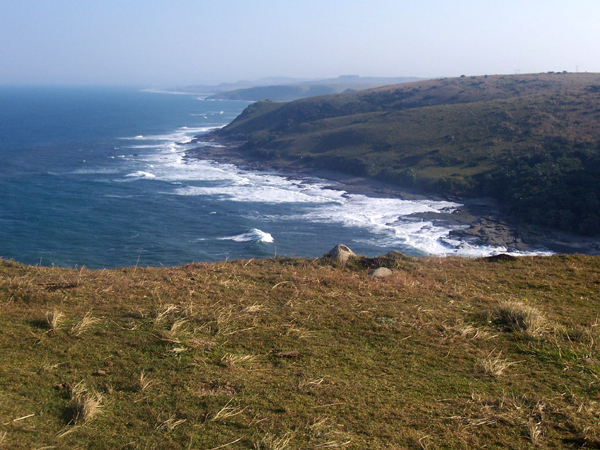 We didn’t get as close to the edge as I had when I was younger – I was too nervous – but we got close enough to fully enjoy the view – and to feel the wind in our hair and on our skin, and for me to imagine that I could fly.