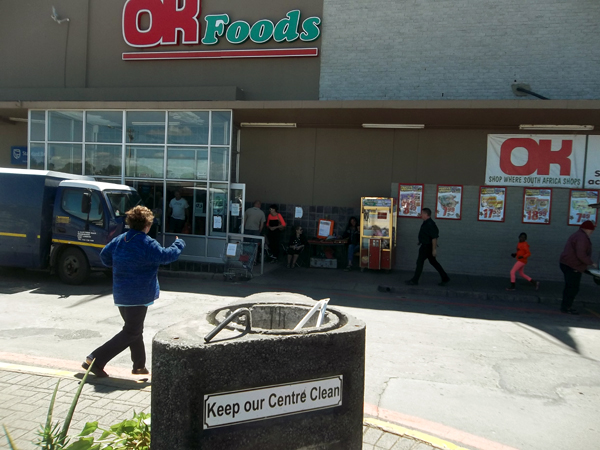 OK Foods in Cambridge in East London in South Africa

We (my boyfriend and I, and my teenage sons) do go to other stores in East London too, but really do enjoy going to OK Foods quite often. There is another store not too far away from it, which we do sometimes go to too, but if we had to choose between the two and if they were right next to each other, OK Foods would be our first choice.

Well, we don’t think there are that many negatives about OK Foods. One does have to cross a road from the parking lot to get into OK Foods, but it’s a small little road and is a one-way only road. 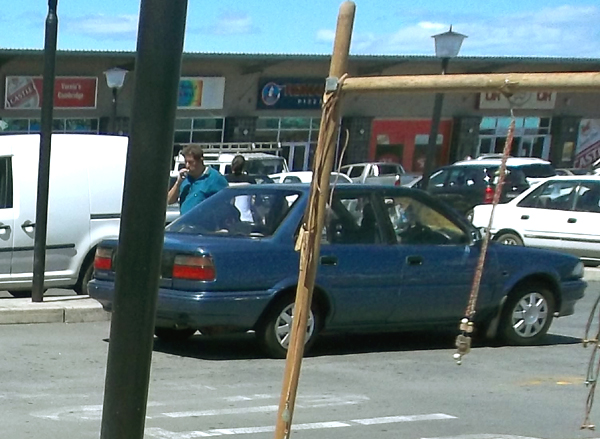 The parking lot can get a little full at times, because on one side of the parking lot there are a few other smaller stores or establishments such as a DVD hire place, a liquor store, a pizza take away place, a pub, and a second hand clothing store, to name a few – however it is not at all times of the day that the parking lot becomes quite full. 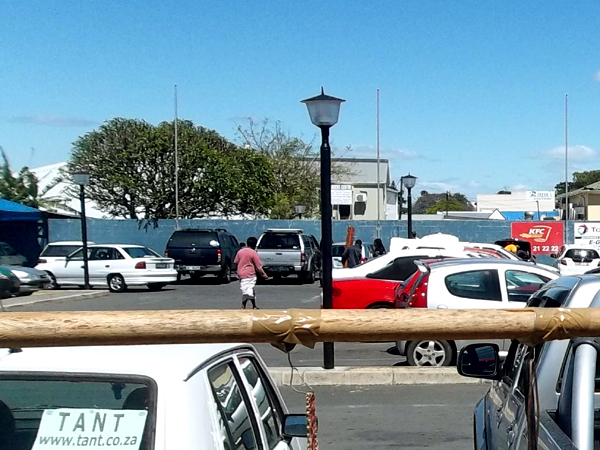 a small part of the OK Foods small parking lot

OK Foods in Cambridge is not in the most scenic part of East London – it’s right across a (wider two-way traffic) road from a railway line, but then again, it’s fun to watch the trains go by if you’re sitting and waiting in the car while somebody else in your family goes into OK Foods.


The road between the railway line and OK Foods can get a little busy with traffic during morning and afternoon rush hour, but you can also approach the OK Foods parking lot from the other end of it, from smaller streets that are not as busy.

Although we don’t buy meat all that often, we find that a butchery is usually the best place to buy meat. We don’t really like to buy meat in a grocery store. When it comes to OK Foods, however, we think their meat is great. OK Foods has a good selection of tasty and high quality meats.

When looking for little things to add to school lunches like small packets of savoury biscuits, bananas that are not too ripe, cereal bars and small packets of peanuts, we find that we’d rather go to OK Foods to get all these things at once, than go to another shop and still have to go to another shop afterwards because the first doesn’t have all these suitable school lunch items in stock at the same time.

OK Foods also usually have a wide variety of high quality fresh fruit and fresh vegetables in stock at any one time.

Although we hardly ever buy magazines anymore, if we did, we’d probably go to OK Foods to get our magazines – they have their magazines nicely displayed, and there are many different kinds.

There are usually quite a few cashiers open at any one time, so the queues are not too long, or at times, are even pretty short.

The cashiers and staff are usually pretty friendly. Everyone has off days from time to time, but generally at OK Foods, the cashiers are pleasant and friendly.

If one can’t find something in an aisle or on a shelf, and you ask for help, the packers or other staff are usually quick to help you, and won’t usually just direct you where to go, but will walk you to the correct spot – or they will go look in the store room to see if something has just been unpacked but has not yet reached the shelves.

1)
OK Foods allows us and a few other East London locals to sometimes set up a table outside the store on any day of the week, to sell our craft or flea market products, at no charge. They care about the community. 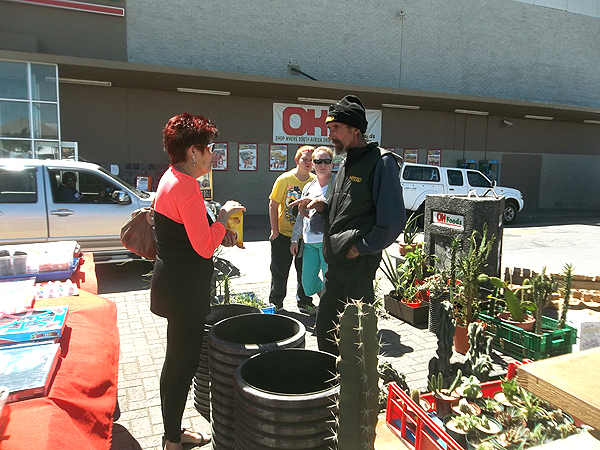 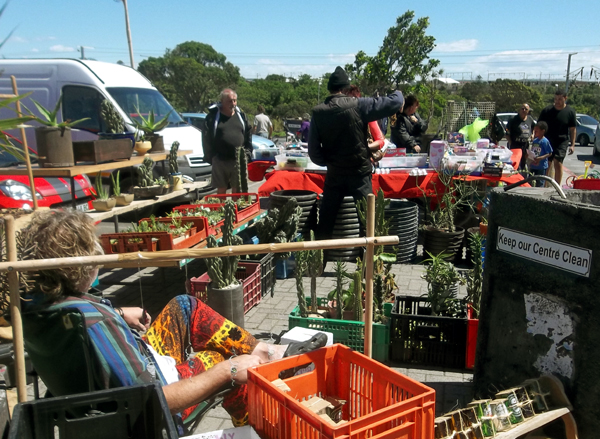 2)
Not too long ago my father wanted a six pack of cooldrink cans and asked me to get them for him. Even though a six pack of these cooldrinks is often the same price as six loose cans, my father insists on buying them as a six pack. I couldn’t find any six packs of my father’s favourite type of cooldrink on the shelves, and asked the staff if they could please help me. A staff member went to look in the store room, but the truck outside was still offloading cooldrinks. One of the managers went to look at the order and at the truck, but they had not ordered any six packs of my father’s favourite cooldink. One of the staff members went over the road to the liquor store (part of OK Foods) and brought me back a six pack of my dad’s favourite cooldrink.

3)
Later on, on the same day, I noticed my wallet was missing. We phoned the OK to see if I’d left it at the counter or if somebody had picked it up if I’d dropped it, to hand it in. They didn’t know anything about it, asked at the counter, but no luck. They invited us to come and look at their security camera footage in their office to see what I had done or where the wallet had ended up. As we got into the car my boyfriend noticed the wallet at my feet. So we didn’t need to watch any video footage, but went to OK Foods anyway to thank them for the invitation to view their security camera footage and to tell them we had found the wallet.

4)
Some time ago my father’s sister phoned him and my mother to say her dog was ill and asked if we could quickly bring a product for using on the dog (an old wives remedy) that my mother uses when her own dogs have been ill over the years. It was almost 8pm and OK Foods was about to close. We phoned them and they said they would still let us in if we could come quickly. The manager was waiting for us at the closed doors when we got there at about 8.15pm and he quickly let us in. They had also kept one cashier there a bit longer, just for us.

Conclusion:
Ok Foods in Cambridge in East London in South Africa goes out of their way to please their customers, and does this really well, and I would recommend shopping at OK Foods to anyone.